Well, it’s summer. That means: I have more time, cool movies are coming out, and I like to blog. Reviewing some old posts, I stumbled upon one I really liked which was the Top Ten Men of Action, a list that is a definitive, exhaustive post of the best actors in action roles. I thought I’d try one with the ladies. Here goes: 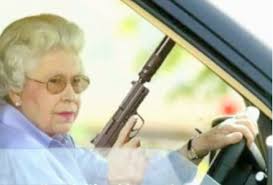 There’s a lot about Keira I’m not too found of. She is so often pouting in front of the camera that I think she might actually forget some lines in her films. But she’s shown she can kick, punch,  and weild a sword. I didn’t know that she appeared as Padme’s body double in Star Wars Episode I, she is famous for her Pirates of the Caribbean role, and was also a sweet archer in King Arthur. She’s played a hitman, and even did some serious acting once.

She only beats out Keira because she wasn’t the body double, she was actually Padme. Who else could get attacked by a weird rat/tiger and only have three bloody scratches to show for it? She also impressed as the lead female role in V for Vendetta, who manages to hold her ground.

I’m not a huge Davis fan, but she played a pretty mean/forgetful assassin in The Long Kiss Goodnight, and was a rip-roaring pirate in the most terrible Cutthroat Island. She also plays the president in a TV show. Good on ya!

I can only remeber seeing Linda in one film – Terminator II. But she is one bad momma. She is mean, crazy, and powerful. She definitely deserves a nod on this list.

After seeing her for the first time in Hackers, I was actually kind of impressed. She’s a weird chick, but has shown her mettle (among other things) in Tomb Raider(s) and Mr. and Mrs. Smith. Her upcoming film Wanted is one I want to check out. If Brad Pitt invited her to his fight club, I wonder who would win?

OK, this is a tough one for me because I basically haven’t liked a Garner film except for 13 Going on 30 which is cute and a bit embarassing to admit. I thought Elektra was extremely dumb. She is awesome in Alias, however, an action show that even my wife liked. In fact she liked it a lot more than me, but Garner was great.

Both of these ladies have shown they can keep up with pretty tough leading men, and carry a script on their own. Thurman is especially great in the Kill Bill movies, and Curtis does her best in True Lies, a fun action adventure with the unstoppable Arnold. I’m running out of room on the list, so they’ll have to settle for a draw. (Even though I think Uma would take Curtis, with or without the freaky Halloween mask)

This is both a nod to my brother (who loved her role in the Matrix) and to the world of leather pant suits. If we’re to believe Carrie-Anne, anything is possible when wearing a leather onesey. She is awesome as Trinity in the Matrix trilogy, delivering sweet lines, kung-fuing her way out of trouble (and sometimes into it) and flying a cool helicopter. Her only fault in the movie would be falling in love with a character whose best line is “Whoa”. She also appears in Chocolat (not an action movie!), The Red Planet and Memento. And, she’s Canadian!

This supermodel turned actress seems to like science-fiction. She has shown Bruce Willis a thing or two as the perfect being Leeloo, and ripped through genetically manipulated zombies in a few different Resident Evils. To balance out her spiritual side, she took a fine turn as Joan of Arc.

I’ve already actually included Weaver in my Top Ten Men of Action post, (I think she came in at number 3) and she definitely tops the charts here. She’s incredible as Ripley in all of the alien films, and is one tough hombre(ette).

I’m sure I’ve missed a couple of action femmes, so if you want to add to the list, be sure to drop a comment. For more on what others think, check out: