Houston, You Have a Problem. 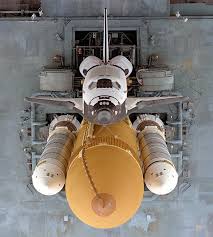 At the end of a thirty year run of sending shuttles into space, NASA had the unenviable position of distributing the now useless orbiters to museums around the country. Because of the cancellation of the shuttle program, there is no longer any need to keep the things around, I suppose.

Yesterday, 30 years to the date of the first launch, and 50 years after the first manned space flight, three museums were awarded the remaining orbiters:

The Smithsonian Air and Space Museum in D.C. is currently housing the test prototype Enterprise, but will send it to Intrepid Sea, Air & Space Museum, housed aboard an aircraft carrier permanently docked in New York City, and permanently keep the flagship shuttle Discovery.

NASA awarded the Endeavour to the California Science Center in Los Angeles.

Kennedy Space Center in Florida gets Atlantis. This makes great sense. It is the nation’s best space museum, and the launch site of all of the shuttles.

Of course Challenger and Columbia were shuttles that now no longer exist.

So what does this leave Houston, Texas – space city? Home of the central command of all of the shuttle flights, rocket launches and NASA? They get a few computer screens and seats.

The reasoning is that the museums who get the shuttles will have the most traffic, and therefore more people will be exposed to the shuttles there than anywhere else.

More on the story

59 comments on “Houston, You Have a Problem.”