As a teacher, I have the opportunity to read a lot! Often, the books I have to read for work, turn out to be books I read for pleasure. So much of what’s hot in fiction these days, is targeted to kids aged 12-15 (at least in my opinion). I remember a Children’s Lit. class I took in University. I absolutely hated the idea that we were going to have to read these kids books. I thought it was ridiculous. Two of the books: Harry Potter and the Sorcerer’s Stone and Silverwing, were books I absolutely dreaded reading – and ended up loving. Following is a list of what I think are the greatest children’s lit. series. Some may not be apporopriate for all ages, but all are worth a read. Even if – sometimes especially if – you’re an adult. 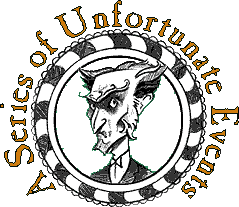 A Series of Unfortunate Eventes by Lemony Snicket

The series totals a daunting 13 books, but what a great number to end such a series on. The books follow the 3 Beaudelaire children, who in the first scene of the first book, discover they have been orphaned. Snicket warns us again and again not to read the books, they are terrible, horrible, depressing things. But we do anyway. Along the way there are glimmers of hope, scenes of inner strength, and 3 children who learn to rely on each other. The series runs a bit long, but is generally easy to read and enjoyable too. The books don’t necessarily end all that well, but I guess, what did I expect?

These books have been a publisher’s dream come true, and are credited with bringing kids back to books (or books back to kids). Movies have been made about the first 4. This summer should prove to be a Harry Nightmare with the fifth movie, and seventh and final book. Unless you’ve been living under a rock for the last 8 or 9 years, you know Harry is an orphan (wow, lots of orphans) with magical powers. He attends Hogwarts school of Witchcraft and Wizardry and has all kinds of adventures. Much has been written about negative/positive affects of these books on young minds, and I won’t rehash any of those arguments here. One thing I will say is the books contain wonderful imagination, excitement and symbolism, however there’s nothing really that new here. The stories borrow a lot from previously, better written material. 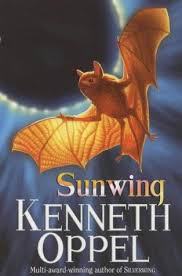 Oppel is a Canadian author who does nature proud. He has created an incredibly detailed world with Shade, a young bat as his protagonist. Think a book with a bat as a main character sounds dumb? So did I. So I took a long time to read it. It is actually very good though, and part two is the highlight of the series. In Firewing, Shade’s son enters the bat underworld. Weird but well done. 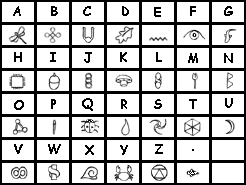 Artemis Fowl, The Arctic Incident, The Eternity Code, The Opal Deception and The Lost Colony by Eion Colfer

What do you get when the world’s youngest genius has a little too much time on his hands? Trouble! Artemis Fowl is incredibly wealthy and has more brains than money. He accidentally discovers the faerie world and the action begins. These books are great adventures and highly entertaining. The latest news is a graphic novel slated for a fall release, and a movie which has been in the works since 2003.

His Dark Materials: The Golden Compass, The Subtle Knife, The Amber Spyglass  by Phillip Pullman

Bases loosely on John Milton’s Paradise Lost, this trilogy focuses on a young girl Lyra and her daemon Pantalaimon (sort of an animal version of her soul) and their quest to discover what is happening to disappearing children. The books explore theology, mythology and magic. They occur in a world similar to our own, and deal with topics as common as fitting in, and as edgy as original sin. Also coming soon to a theatre near you. 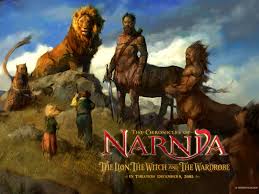 The Chronicles of Narnia by C.S. Lewis

These stories are over 60 years old, and continue to touch children today. The latest imagining includes the commercially successful movie of The Lion, The Witch and the Wardrobe.

Although The Lion was published first, the real introduction to the magical world of Narnia and many of the important characters comes in The Magician’s Nephew. Most readers of the series will read the books out of order, and in the end I suppose it doesn’t matter.

The books are of course Christian allegory, which can be read in, or ignored altogether, depending on how you approach the books. Phillip Pullman, author of His Dark Materials, didn’t want to write anything like Narnia, because he thought of them as too ‘preachy’. Whatever. (He’s gone so far the other direction, I can’t help but think he’s doing the same thing).

“Is–is he a man?” asked Lucy.
“Aslan a man!” said Mr. Beaver sternly. “Certainly not. I tell you he is the King of the wood and the son of the great Emperor-beyond-the-Sea. Don’t you know who is the King of Beasts? Aslan is a lion–the Lion, the great Lion.”
“Ooh!” said Susan, “I’d thought he was a man. Is he–quite safe? I shall feel rather nervous about meeting a lion.”
“That you will, dearie, and no mistake,” said Mrs. Beaver; “if there’s anyone who can appear before Aslan without their knees knocking, they’re either braver than most or else just silly.”
“Then he isn’t safe?” said Lucy.
“Safe?” said Mr. Beaver; “don’t you hear what Mrs. Beaver tells you? Who said anything about safe? ‘Course he isn’t safe. But he’s good. He’s the King, I tell you.”

Thankfully, these lines appeared in some form in the movie!

The Lord of The Rings by J.R.R. Tolkien

This incredibly detailed, fantasy novel was written before and during World War II. Tolkien’s elaborate storytelling is just a piece of his greater work of fiction which relies heavily on magic, mythology and religion. The languages, lands and peoples he has imagined are vast, and trying to decipher the history of all is a daunting task. Certainly The Hobbit is a kid-friendly book, and LOTR has wonderful examples of story-writing, setting, plot and character development ideas for younger readers, but it can be tough to read the whole work. My dad read The Hobbit to me and my brothers when we were younger, and parts of the trilogy as well. I’ve since read them 3 times, and there is always new detail to pull out. The movies are fantastic and truly put to screen ones own imaginings from the books.

Special mention goes to the Guardians of Ga’Hoole series of books (which should have stopped at about 5, but keeps going on), and Sigmund Brouwer’s book Magnus which has also been published as a series.