The Top Ten Canadian Athletes (as voted by me)

Canada is a pretty incredible country. We have some amazing things to offer the world. We invented insulun, the light bulb and basketball. And you know, a lot of Canadians are really good at stuff. There are many athletes who have done awesome things on the world’s stage. I’ve made a list of who I think are some pretty fantastic athletes. Lots of bias here, but I think the choices are good, and hey, they’re not just hockey players.

If this list was made in ten years, I assume he would find his name much higher up. It’s been a long time since a single player dominated a sport like Sid the Kid can. At 19 years old, he has a very bright future ahead of him indeed.

I watched this girl win a total of 5 medals at the games in Turin (the most ever won by one Canadian in one games and by one speedskater in one games – and more than Canada earned at the Olympics in Calgary), and I was totally impressed. She started skating when she was 18 if you can believe it, and at her age she’ll continue to dominate for a while. 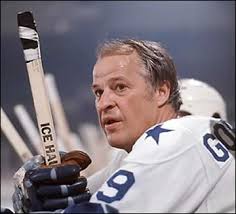 Probably deserves to be higher, but hey, I’ve never even see him play. The Gordie Howe hat trick, which I’ve heard he never even did himself in one game, is a goal, assist and fight. 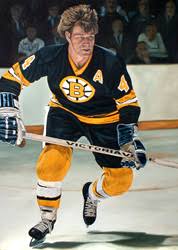 Quit before my time, but I like Don Cherry and he says number four was the best player of all time.

Look, I’m not gay. I don’t like spandex and I think most ice sports should be hockey, but seriously, this guy was good. He won like 5 world championships in a row. Anytime you can do that in any sport, you deserve some recognition.

Yeah, that’s right. He’s better than Gordie Howe. The guy is second all time in NHL scoring. He won the Conn Smythe and led the Oilers to the Stanley Cup the year after Gretzky left Edmonton. He’s awesome. 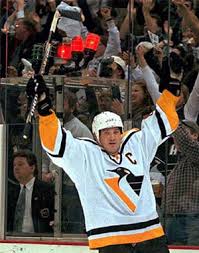 You think God gave him this name on purpose? I do. He is amazing. One of the few athletes on this list I’ve seen live. (He only played 10 minutes, but he scored the game’s only goal. 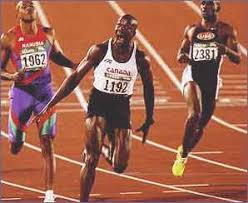 This guy ripped up the world at the summer Olympics in Atlanta in 1996. He ran the 100m in 9.84s. The Americans attempted to declare (for the first time ever) that the actual fastest man was the dude who won the 200 and 400m. As if. Micheal Johnson had to fake a blown hamstring in a 150m race against Bailey because he was losing – big time. Oh well, he’s still my hero. 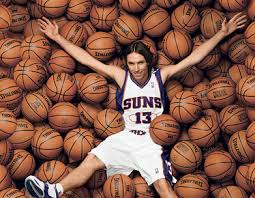 Even though he’s losing game 6 to San Antonio at the moment (he’s scored the last 8 points for the Suns) he can dominate a game like nobody’s business. I heard an American analyst say “The best player in the NBA right now is Steve Nash – and it’s not even close.”

What do you say about this dude. He’s probably the most incredible athlete ever in any sport. I’m a little biased because I love the Oilers, and I loved the Oilers in Gretzky’s heyday. He is the Great One.

I need to include one more person on this list. In fact he probably supercedes everyone on the list. Terry Fox ran half way across Canada – with one leg. He ran a marathon a day for 143 days. He died when he was 22, halfway across Canada. Terry raised over a million dollars for cancer research, but his legacy continues to live on as thousands of people run for a cure every year. Terry is one of the greatest Canadians of all time.