Sequels, Trilogies and Tetralogies, Oh My!

According to Wikipedia, a trilogy is ‘a set of three works of art, usually literature or film, that are connected and can generally be seen as a single work as well as three individual ones.’

I guess I’ll go along with that definition to share my top ten, favourite movie trilogies. Remember (Andrew especially) these trilogies can only include movies I’ve seen, or as you’ll read in a few cases, trilogies that I’ve seen at least 2/3 of.

When I think about trilogies, I especially like the kind that are released before you find yourself interested in them. There’s nothing like watching the first in theatres, only to realize it will be 4-8 years before they’re completed. I think film makers are starting to catch onto this, however, as films are now being filmed at once, and released over a period of 3 years. (a la Matrix part 2/3, Lord of the Rings, Pirates 2/3, etc.)

The list I’ve created excludes some great films. It also includes some trilogies that are yet to be completed, and most likely includes 3 packs that will be extended by at least one more film. Special mention has to go to: 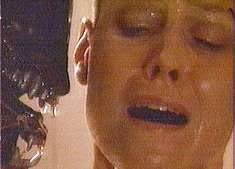 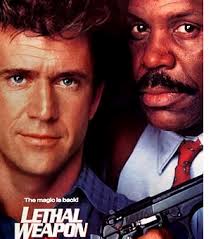 Lethal Weapon: another four set of films. Probably the pinnacle of buddy cop films (boy you can sure see how these lists will develop into other top tens later on down the road!)

Shrek: The third comes out this summer, but the first two have been darn-near perfect. 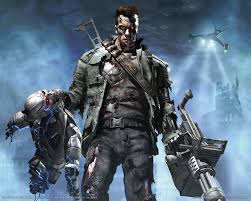 Terminator 1-3: Judgement Day being one of my favourite action flicks ever, and part 3 (although not very good) containing the most amazing car crash/city street wreckage.

10. Pirates of the Caribbean

I realize that part 3 is not yet available for viewing, but unless it totally sucks (which is highly doubtful considering its cast/producer/premise), it will complete an exciting, visually spectacular, enjoy-it-for-the-way-it-looks-not-the-plot type movies. Why did it take so long to make a good pirate flick? Cutthroat Island anyone?

Yes, part 2 is one of the weakest sequels ever, yes it took 10 years for them to come out with the second one, but hey, what other movie can claim its leading man didn’t appear to age over an entire decade? If you tell me you didn’t jump off of the couch during the Johnny B. Goode guitar solo in Part 1 I’d say you’re lying. And if Christopher Lloyd’s not the best pick for the good doc I’ll eat my shorts. These are great movies. I still like ’em. 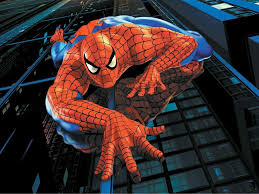 O.K. I promise this is the last trilogy to contain only 2 available movies. But the first two are pretty well made as far as comic book adaptions go. A great character, Spiderman/Peter Parker/Tobey MacGuire is believable (as believable as a radioactive spider-bitten superhero can be anyways), and the effects are super. The villains are evil but you can still sympathize with them, and even though she NEVER seems to wear a bra, we still care about the girl-next-door Mary Jane.

7. Star Wars 1-3: The Phantom Menace, Attack of the Clones, Revenge of the Sith.

What? you say. These movies are a critical disaster! Lucas spent 25 years making this crap?! Jar-Jar Binks is brutal ! (Originally I had the word retarded here, but am now doing my best to avoid the word) Well maybe. But I challenge anyone born between 1970-1990 to honestly argue the first time they watched the original trilogy (parts 4-6) that they picked up on the spiritual connections and philosophy of the Force, the subtle undertones of man vs. himself, the realization of Darth Vader as Luke’s father connecting to our own attempts to step out of the shadow of our own fathers, or the weird love triangle between Luke, Leia and Han.

Face it, you loved the speeder chases, the Hoth battle, Luke’s lightsaber, Jabba’s palace, C-3PO and the way R2D2 beeped. Watch parts 1-3 with anyone between the ages of 7-13 and you’ll remember why you loved the originals so much. They were fun, grand, epic battles between good vs. evil, and hey, good always won (except for briefly when all the crap goes down at the end of Empire Strikes Back). Plus Jar-Jar’s hardly in parts 2 or 3.

Yes supposedly this is a trilogy that will be seeing a fourth part emerge soon. As of the writing of this post, however, it still remains a trilogy. Bruce Willis is dynamite as a cop who’s always in the wrong place at the wrong time (of course for the rest of mankind’s sake, he’s in the right place at the right time). His first encounter with terrorists in a high-rise building during a Christmas party is awesome. When he walks on that broken glass – wow, what a hero. Part 2 of course involves him taking down even more terrorists at an airport. Death toll = thousands. With a Vengeance involves him teaming up with a reluctant Zeus (Samuel L. Jackson) for a trip around New York City in an attempt to stop – you guessed it terrorists – from blowing up bombs while they steal all the gold from the World Trade Center. They’re solving puzzles and kicking butt across Manhattan. 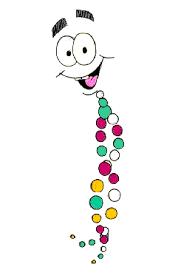 The original Jurassic Park is one of my favourite movies ever. It was so ground-breaking when it came out it was THE movie other special effect movies were compared to. Of course it was based on the dynamite novel by Michael Crichton, which got it off to a great start. The strength of that movie alone puts this trilogy in my top 10. Hey, I might be the only guy admitting I actually liked part 2 and 3, but I did. 3 is better than 2 by far, good thing they keep coming up with these islands we’ve never heard of to continue the story line. This is another trilogy up for a part 4. Let’s hope Spielberg directs.

I suppose these movies aren’t really a trilogy in the sense that they have a continuing story line running through them. Of course they center around the same character and a variety of his adventures. They are fantastic movies, which made both Lucas’ and Ford’s careers. (Oh, wait, I forgot about Star Wars) These movies are super in almost every way, and if you didn’t already hate the Nazis, you will after you see what they plan on doing with the Ark of the Covenant, and Holy Grail. 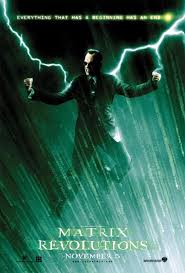 Everything that has a beginning has an end. Unfortunately this trilogy ended (and I suppose, ended the way that it did). The Matrix is truly ground-breaking cinema, and the freeway chase in part 2 is the coolest scene ever. Trinity is fantastic, Lawrence Fishburne is mean/cool and Keanu Reeves doesn’t have many lines.

Apart from all of the philosophical hooey of the Wachowski brothers, these films are sci-fi gold. Man vs. machine always makes for good story-writing – well if it’s written like this anyway. Hugo Weaving and Harrison Ford tie for appearing in the most movies in my top 10 list of trilogies.

2. Star Wars: A New Hope, Empire Strikes Back, Return of the Jedi 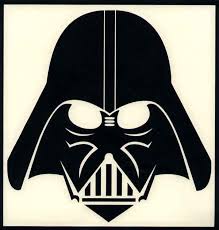 Only the real keeners refer to the original as ‘A New Hope’ – the rest of us call it Star Wars. I saw this movie for the first time on a black and white t.v. when I was 8 years old. I remember my mom convincing my dad to let me stay up until 10 (on a school night even!) to watch the ending. It happens to be one of the first movies my parents ever went to together in the theater (it might be the last too, I’m not sure).  It’s one of those movies that you can remember where you were the first time it happened. It’s like JFK’s assassination, the moon landing, Challenger explosion or when Canada beat Russia in the Summit Series. (At least that’s how I think of it, since I was only alive for one of those events) But the point is, you just remember the first time. Empire Strikes Back is lauded as the best sequel – EVER! And Return is just such a good way to finish it out. Resolution all around. The story needs to end there. There’s just no reason to mess with a good thing.

If you’ve stuck around for this long, you deserve to find out my number one. If you’ve just been skimming, shame on you – go back and reread.

1. The Lord of the Rings: The Fellowship of the Ring, The Two Towers, The Return of the King

Tolkien originally wrote the books as one work with four parts. It was published as a trilogy. Similarly, Peter Jackson wanted to film them as a single film (or perhaps New Line only wanted to take a chance on one film) but it just became too enormous.

My dad read the books to us when we were pretty little kids. They were some of his favourite stories from when he was a youngster. Never have I watched a movie drafted from a book that looks like it was taken straight from my imagination and completely lived up to my expectations. These are phenomenal movies, with incredible casting, beautiful cinematography, fantastic special effects that add to the story-telling and real, heart-breaking dialogue. Can a fantasy movie be this good? Yes. I don’t particularly even love the genre, but these are by far the best movies I’ve ever seen. What else can I say? The only way they could have been better is if they were longer and contained more scenes from the book.

My highlights include: Aragorn, Pippin’s song for Denethor, the re-establishment of Theoden as King, most scenes with Gandalf/Legolas/Gimli, Sam’s courage and Boromir’s tragic end.

5 comments on “Sequels, Trilogies and Tetralogies, Oh My!”