My Top Ten Albums of Significance

Music is a powerful force. It captures emotion, influences choices and defines generations. It has been a tool used for worship, building patriotism, entertainment and uniting people of like mind. Throughout my life, there have been songs and albums that have stood out as important, influential and comforting. Even now, when I see those album covers, or hear those tunes, I’m transferred back in time and I can relive those emotions, and meditate on different stages in my life. The music I listened to at home as a child was either spiritual or Raffi. In my teen years I began to buy my own tapes and then CDs, and music became part of my life. It’s funny that people can feel like they’re the first to hear a song for the first time, or the first to recognize its significance. For me, these albums proved to be (or still are) the most significant for me. This does not necessarily mean they’re my favourite songs/albums or even that I still listen to them regularly, but they hold a special place in my memory. 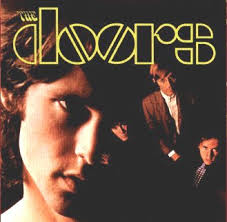 For some reason, this was always on in my high school years when I went camping. One particular trip, my buddy Len Tenhove and I listened to this about 5 times from the tape deck in my Chevrolet Impala. Songs like Light my Fire, The End and of course Break on Through still haunt me. The knowledge of Morrison’s death just added to the mystique and power of the words.

I had a chance to go to Edgefest in Edmonton. I was awesome! I enjoyed Matthew Good and Edwin McCain. I endured Len and Hole. I was blown away by Big Wreck. Two of my favourite songs are on this album – The Watchmen’s My Life is a Stereo, and Remote Control by Age of Electric. Good tunes!

I’ve always been 4 or 5 steps behind the Christian Music Scene. There is a lot of good talent here though. I didn’t buy this album when it first came out. But when I discovered it, I loved it. They have a way of saying (or singing) just what I’m feeling.

I must admit I can’t stand Green Day’s latest offerings, but when this album debuted in 1994 I loved it. Killer tracks include When I Come Around, Basket Case and Welcome to Paradise. Stay tuned for the funny hidden track. Ernie rocks. 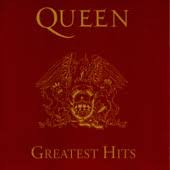 I discovered Queen after watching Wayne’s World. (A movie that would make it into movies that defined my life as well) Bohemian Rhapsody which is actually on Greatest Hits II, is a rock’n’roll tour de force. Queen has so many billboard top 40 hits they needed a four part album to put them all on it. Fantastic!

More of the same by the Brit rockers. They’re just that good. 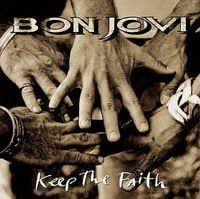 I saw this concert tour as well. After getting tickets for the 41st row on the floor, we were disappointed to find out they only put out chairs for 40 rows. We complained, they put us along the stage. Whoa! Richie Sambora sweat on me during a killer guitar riff.

It’s hard to choose just one (well it will actually be two) U2 album. In my opinion they’re the most musically gifted, inspired songwriters of the 20/21st century. I’ve seen them twice in concert and hope to go again and again. They are fantastic – live or on CD. Achtung was the second CD I ever purchased (after Lenny Kravitz: are you gonna go my way – why did I buy that?).

2. U2:All That You Can’t Leave Behind

Not necessarily one of U2’s best, it ranks for me in the top 5 for sure. This concert experience was in a word: transcending.

11 songs that have stuck with me for 15 years. I used to fall asleep to the album at night. On tape it would just click off after the side ended. I listened to it everyday for nearly a year. Why did I like it so much? I’m not sure. It is just one of those things that came to me at the right time. I would be lying if I said I could identify with the songs, the lyrics or the band itself. I just couldn’t get enough.

One comment on “My Top Ten Albums of Significance”