WOW! That is the first word that came to mind when I listened to the debut album from Brit up and coming star Mika. Mika’s story is as amazing as his music. Growing up around the world and experiencing things that are hard to believe, the young Mika is beginning to make a name for himself.

Upon hearing him I was reminded of Queen, Robbie Williams, Elton John, George Micheal among others. His music is upbeat, fun and incredible.

I was reading Sex, Drugs and Cocoa Puffs today by Chuck Klosterman who argues when a person claims they like every kind of music, they really don’t like any. I used to fall into the former camp. When I think about it however this is not true:

Like: Most rock, some pop, a bit of classical

Loved: Grunge (when I was in high school in the early ’90s and Pearl Jam, Soundgarden and Nirvana were defining the scene

Hate: Country (with the exception of some Garth Brooks and Toby Keith), most Jazz because I just don’t understand it, Nickelback (yeah they’re from Alberta, who cares)

Love but will only admit to certain people: Pop like Queen, Erasure, Violent Femmes, Robbie Williams, Elton John – in my defense I don’t own many of these albums, but I sing along when they’re on the radio. Mika belongs in this category, and look at me I’m telling others! Listen to a cool Mika tune here. 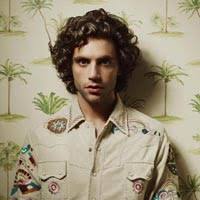