Before I continue with this top ten list, I need to make mention a few things:

– The idea for this top ten came from Matt Gunn, a blogger who does a lot of top 10’s and a lot of them about movies. Now the idea of top tens, or blogging about movies were not either originally his, but he put them together in a way that made me want to do a few of my own. I hereby give him permission to directly copy this idea (using his own movies of course) for his own sake

– The movies in this list do not represent the worst movies I’ve ever seen, or movies that I would tell other people not to see, only those that I was looking forward to in the worst way, and which turned out to be movies that I thought were just not really that good at all.

– I realize that although my 6-10 were overall pretty bad movies, the top 5 will be ones that other people like, even love. That’s OK, I like movies other people hate too. In fact, Waterworld, a movie I admitted to liking in my 6-10 post, is listed on a number of movie lists as one of the worst movies of all time. That’s OK with me.

For so long I waited for a good movie about dragons. I don’t know why but I’ve always thought they’d make a sweet movie. This was not that movie. The effects were good enough I guess (same summer as Twister, a visual effects blockbuster), but overall it just didn’t work. Sean Connery as the dragon though – kind of cool. Reign of Fire was much, much better, but I’m still waiting for that grandiose, epic, dragon movie. If you know of one I’ve overlooked drop me a line. 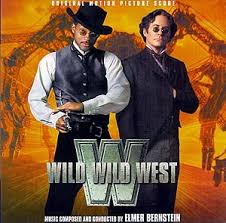 3. The Island of Dr. Moreau

– Val Kilmer as a guy who, let’s face it, is in love with an animal

– creatures which look as good as the understudies for the Tulsa, Oklahoma high school production of CATS

– a poor morality tale of why we shouldn’t tamper with nature, after this movie I can’t see how anyone would bother trying

On the plus side, if you’ve ever seen The Simpsons Tree House of Horror (I forget which number) they do a great take-off on this. Homer and Marge in bed, very funny!

and The Last Action Hero

I felt I have to put these two together. I can’t really decide which I wanted to see more, or hated worse. Arnie and Sly are two of my favourite movie stars. Believe me when I say I don’t like them for their acting. But Sly’s Rambos, Rockys (including the latest Rocky Balboa), CopLand, and Demolition man are AWESOME movies. Likewise Arnie’s True Lies, Commando, The Running Man, Terminator (1, 2), Total Recall are SUPER. Predator still rates as one of my all-time favorite movies of all time. As an aside, one of my favorite scenes from Demolition Man happens when Sandra Bullock (oh yeah, that’s her all right) is touring Stallone around the futuristic LA and they pass the Schwarzenegger Presidential Library (a fact that now doesn’t seem so fictitious) – a great crack at a contemporary.

Anyways, these two movies were bombs. I mean, look at the pictures I posted. I should have known. Judge Dredd is a comic book adaptation as bad as The Phantom, and Last Action Hero is just so stupid it never could have worked. These are not those type of movies that become campy (like they’re so bad they’re good) they are actually movies I would tell others to avoid at all costs.